This letter is addressed to Donald Trump, President of the United States. Letter has been written by Tommi Laitila, a finnish local politician. This letter discusses about Mexical Wall, situation in North Korea and the incredibly rude comments about Melanie Trump – published in the largest news paper in Finland.

Greetings from Honkajoki. It is a small town in Finland with 1818 residents. You probably remember Finland, since you just met our president Sauli Niinistö.

My name is Tommi Laitila. You might not remember me. I have been mentioned at least once in Kankaanpään Seutu –magazine, hope you have read it. I am also a local politician and a head of the city council board. I am also a Finns party member.

Your name ”Donald” is of course familiar to all of us Finns. It is little bit hard for us to pronounce, because first letter last “D” gets easily transformed into “R” and the last letter “d” is easily changed to “t”. This creates slight akwardities, since “Ronalt” sounds a bit like a russian name. Forgive us the accent. On the other hand, this resembles the first name of Ronald Reagan, who was very popular here in his time.

I have a few things I wanted to say to you. First of all, I think your idea about building the Mexican border wall is a great idea. I’ve been also thinking that it would make sense to build a light weight mesh fence (”kevyt verkkoaita”) with a nuclear power plant right next to it so it would be easy to make the fence electrical. It would also make sense to build decent groundwork for the fence. I have a friend from Sweden who has much info about constructing reinforced concrete.

You should make foundations of the Wall deep enough. Just build it once so it is not necessary to build it again in the future. ”Kerralla kuntoon” (”do it once, do it well”) – as the famous saying goes here in Finland.

This way Mexicans or other bushwackers are unable to break the good Wall and are also unable to dig their way under it. If you like, I can send the swedish guy’s contact details.

It seems that the funding of the Wall is still not quite finished. It would of course be nice to have Mexico buy it, but if this takes too long, I suggest to take a loan from our local Bank of Honkajoki. They have excellent service, flexible and quick.

If need be, I can visit you at a short notice. For instance, we might want to meet at one of your Prayer Mornings. Not that I’m such a deeply religious man of god but I sure could use a good breakfast.

If this sounds nice to you, please give us a visit here. Do take a couple of Hornets with you – we’d be glad to come with you and deal with the irritating, self-flaunting dictator of North Korea. Do include a couple of aircraft carriers also, because it’s such a long way to meet that chubby Kim.

Unfortunately, very rude words have been said about your wonderful wife Melanie Trump in Helsingin Sanomat – biggest magazine in Finland. I am so sorry about this, but it seems that leftist media is giving decent people hard time no matter where you go. This time insulting words were spoken by writer Sofi Oksanen, who make incredibly crude statements about your wife.

”Melanie – you are the best thing that has happened to eastern prostitution business”, Sofi Oksanen wrote in Helsingin Sanomat. This message was repeated by Yleisradio – Finnish national broadcast media.

Sofi Oksanen went even further: ”Ethnic background of Slovenian women makes them small, shrinks them into mere sex objects. This is the effect you have on eastern girls, Melania.”

It seems that female solidarity only applies when it is directed towards their own group. Please pay no attention to those haters. I think you lady looks wonderfully nice, foxy even.

All the best, and hope to see you soon. 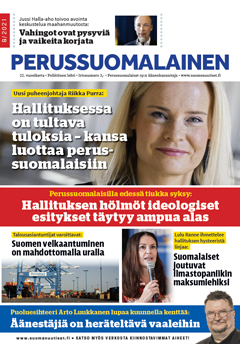 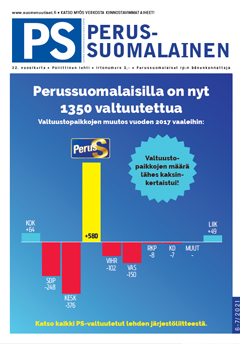